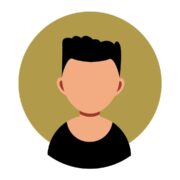 The Shanghai Second Intermediate People’s Court ruled that the apparel and footwear manufacturer used Jordan’s name on products and promotional material without seeking permission and with the intent of misleading customers.

“This court believes that the right of name belongs to the right of personality,” said Presiding Judge Jiang Xiaoyan, Trial Judge Ji Lei and People’s Assessor Wang Chengqi in their ruling. “To sum up, Qiaodan Sports Co. has infringed on the plaintiff’s name rights and should stop the infringement, apologize and eliminate the impact.”

The ruling in favor of Jordan puts an end to the trademark battle that began in 2012. In a separate verdict in April, China’s Supreme People’s Court overturned two lower courts’ decisions and had ruled that Qiaodan had used Jordan’s name without his authorization. However, the court’s decision stopped short of requiring Qiaodan to stop using its logo, which imitates the logo of the Air Jordan brand, showing the silhouette of the sportsman jumping with a ball in hand.

However, the latest decision by the Shanghai court further prevents Qiaodan from violating the brand rights of the Michael Jordan brand. The court ordered Qiaodan to issue a public apology in print and online and clarify that the company has no ties to Jordan. The company is also required to stop using Qiaodan in its corporate name and trademarks. That being said, the company might still be able to lay claims to certain Jordan-related trademarks. China has a statute limitation that prevents trademarks that are more than five years old to be disputed.

The company has also been ordered to pay Jordan roughly $46,400 in emotional damages and $7,700 to cover Jordan’s legal fees, Footwear News reported. Qiaodan, however, is not required to pay for any other economic losses.

“Since the plaintiff clearly stated in this case that it does not claim economic losses, the court only made judgments on the plaintiff’s claim for mental damage relief and reasonable expenditures in the litigation,” the judges said.

Nike Enters Another Round of Layoffs At Headquarters, Roughly 700 More Let Go