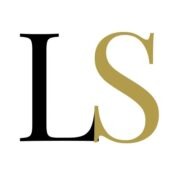 Beyond Meat has struck two major deals with McDonald’s and Yum Brands.

The company’s distribution deals with the two companies will result in new plant-based meat items being added to restaurants’ menus. This will include a new McPlant burger at McDonald’s, plant-based pizza toppings, chicken alternatives and taco fillings at Yum Brands’ restaurants such as KFC, Taco Bell and Pizza Hut.

Beyond Meat’s partnership with McDonald’s is an expansion of its deal from 2020, which aimed to develop a plant-based burger for the fast-food chain. McDonald’s said that the new partnership would help it explore alternates to other meat ingredients such as chicken, pork and egg and offer its customers more choice when they visit its brick-and-mortar stores.

Much like McDonald’s, Yum Brands is also looking to expand on its existing plant-based meat options. The company is already experimenting with plant-based chicken at KFC restaurants and Beyond Italian Sausage Pizza at Pizza Hut, CNN reported.

Beyond Meat’s new partnerships come just a month after the company signed a deal with PepsiCo to develop and distribute plant-based protein snacks and drinks.

Following the announcement of the deals, Beyond Meat’s stock soared by 8 percent this morning.