LVMH-owned brand Rimowa has enlisted Rihanna, Patti Smith, LeBron James and Roger Federer to help grow its business beyond the luggage category and redefine itself as a “mobility brand.”

The company’s newly launched campaign, “Never Still,” highlights the brand’s accessories collection (which was first rolled out in 2020) through an all-new editorial approach. In one of the stills, Rihanna is seen sporting a $1,200 white polycarbonate crossbody bag slung across her chest in a fully saturated image. The campaign marks a departure from the brand’s aesthetics – immense white space, ultra-clean lines and complete modernness. 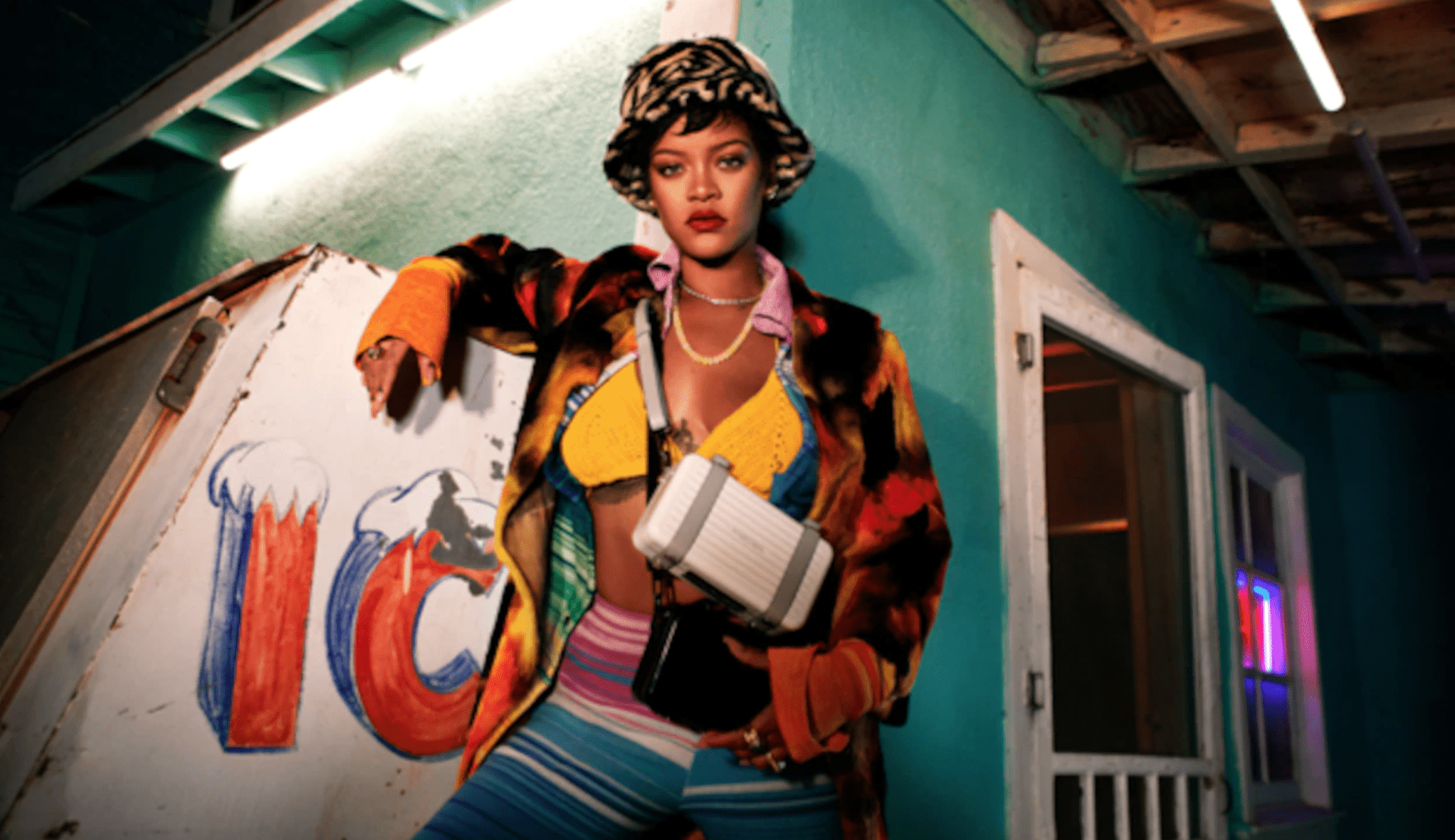 The campaign also features a video with all four celebrities instilling the brand’s core message – “no one builds a legacy standing still.” Each ambassador is seen speaking to a different audience, enabling the brand to broaden and expand its reach. Federer and James, for example, are seen against more simplistic backdrops with minimal styling, bringing more focus to Rimowa products. Meanwhile, the imagery featuring Rihanna is much more heavily infused with color and allows the audience to immerse themselves in the photograph.

The campaign comes on the heels of its latest launch of new product categories, including soft crossbody bags and furthers its mission to expand into the lifestyle category.

“We are trying to change the way people look at their suitcase, from something that is a beautiful… container to something that also expresses who we are as a traveler,” said Hugues Bonnet-Masimbert, the company’s new chief executive. 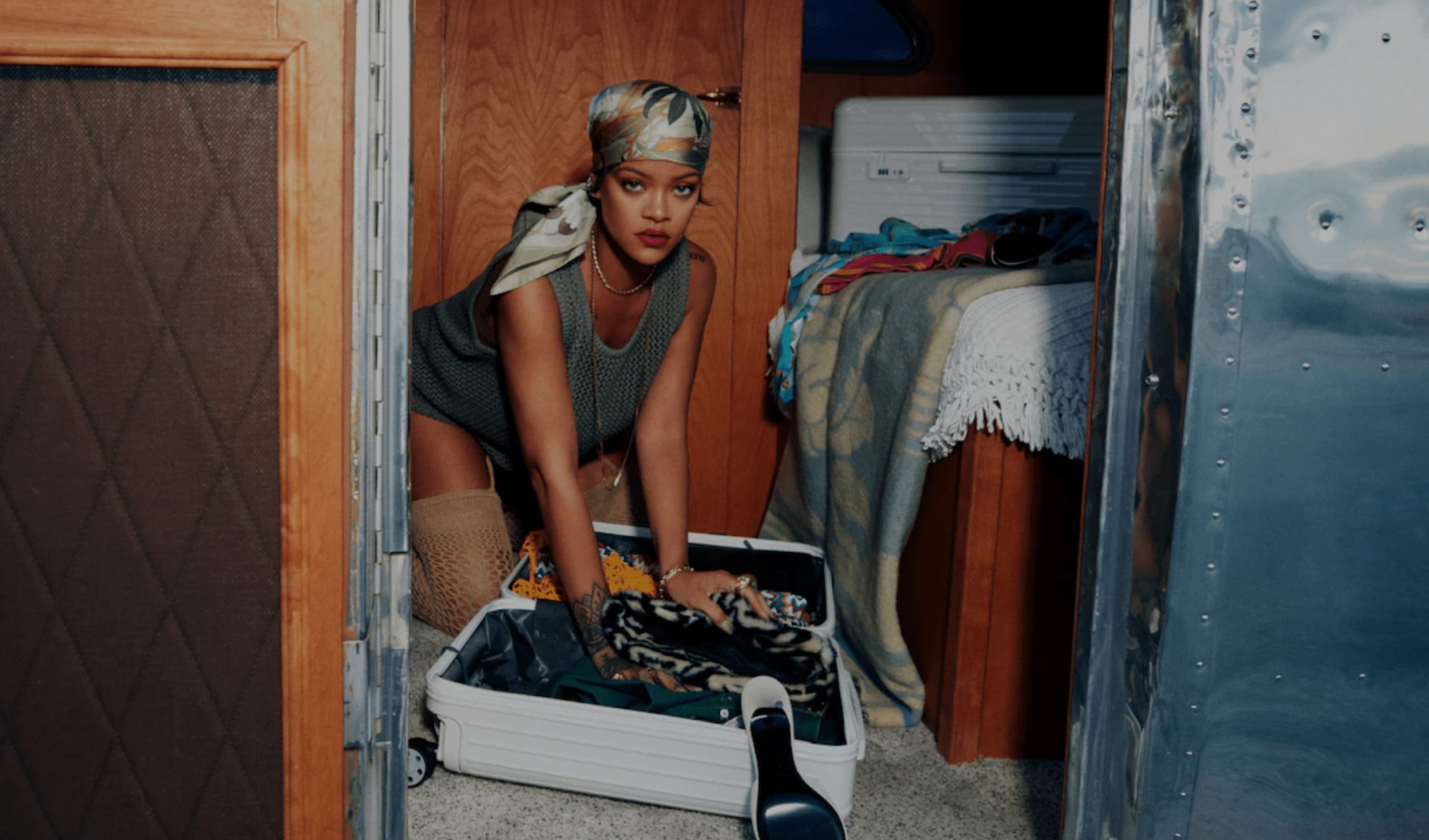 In 2016, LVMH acquired an 80 percent stake in Rimowa for $716 million but later gained complete control over the brand after a minority shareholder that retained the remaining 20 percent stake exercised its put option. Since then, the company’s focus has been to reach $1.18 billion in sales by 2023 or 2024. In addition, the company has made substantial efforts to make Rimowa a functional brand, offering new products such as unisex backpacks, weekend bags, totes and, of course, suitcases.

Since the start of the coronavirus pandemic, Rimowa has been forced to rethink its strategy and reposition itself as a functional brand. In January 2021, the company dropped its “Never Still” collection, wherein it removed its signature hardshell aesthetic but opted to keep its unique features, such as the Rimowa ridges.

While LVMH does not report financial performance for its individual brands, it does, however, share data on sales of its fashion and leather goods category, which includes Rimowa. According to LVMH, the category witnessed a whopping 81 percent increase in the first half of 2021 compared to the same period in 2020. Additionally, the group saw an increase of 38 percent compared to the same period in 2019.

With a rapid increase in sales, Rimowa has looked to expand its footprint by opening new retail locations in New York, Vienna, Hawaii, Japan as well as new storefronts throughout China.

Where Does Luxury Suitcase Maker Rimowa Go From Here?