Consumer spending on Halloween products is expected to soar to an all-time high of $10.14 billion this year, up from $8.05 billion in 2020, the latest data from NRF shows.

This increase in spending comes as more consumers are feeling more comfortable engaging in social events this year even as the threat of Delta variant remains. For example, a NRF survey of 8,061 consumers reveals that nearly two-thirds of U.S. adults are planning to celebrate Halloween, up from 58 percent last year. 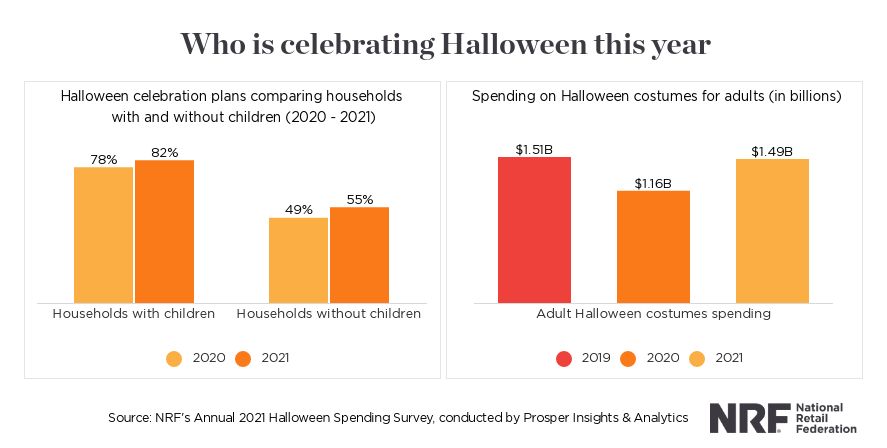 This year, typical Halloween activities such as handing out candy and dressing up will continue to be some of the most popular ways consumers will celebrate, with more than half of consumers planning to decorate their homes for Halloween. NRF estimates that total spending on decorations will reach an all-time high of $3.3 billion. 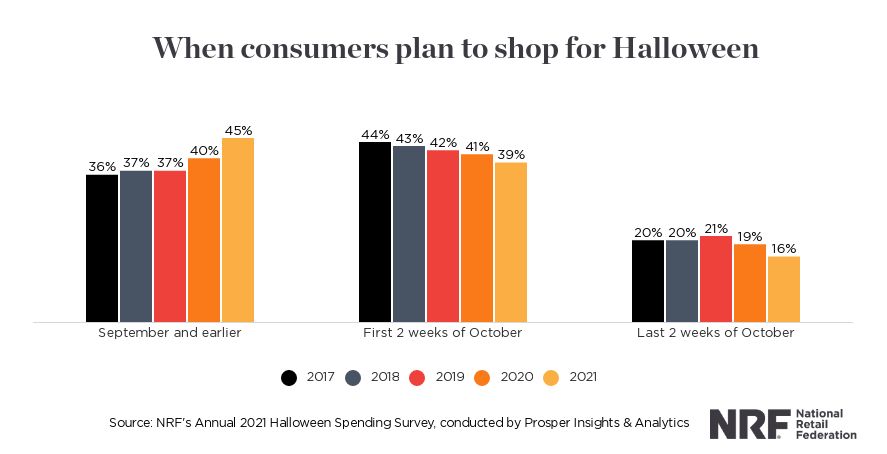 While most consumers plan to engage in the typical Halloween festivities, many this year made a head start in their shopping activities. Forty-five percent of consumers said that they started their shopping in September or earlier, up from 36 percent five years ago. Meanwhile, another 39 percent said they had planned to do so in the first two weeks of October. Just 16 percent said that they are waiting until the end of the month.