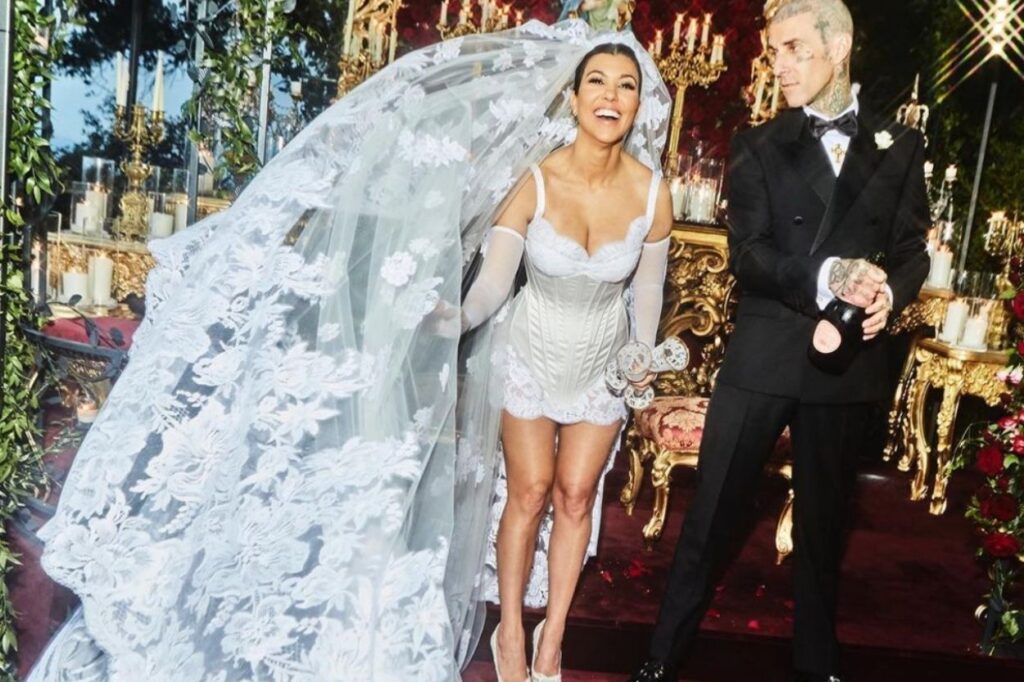 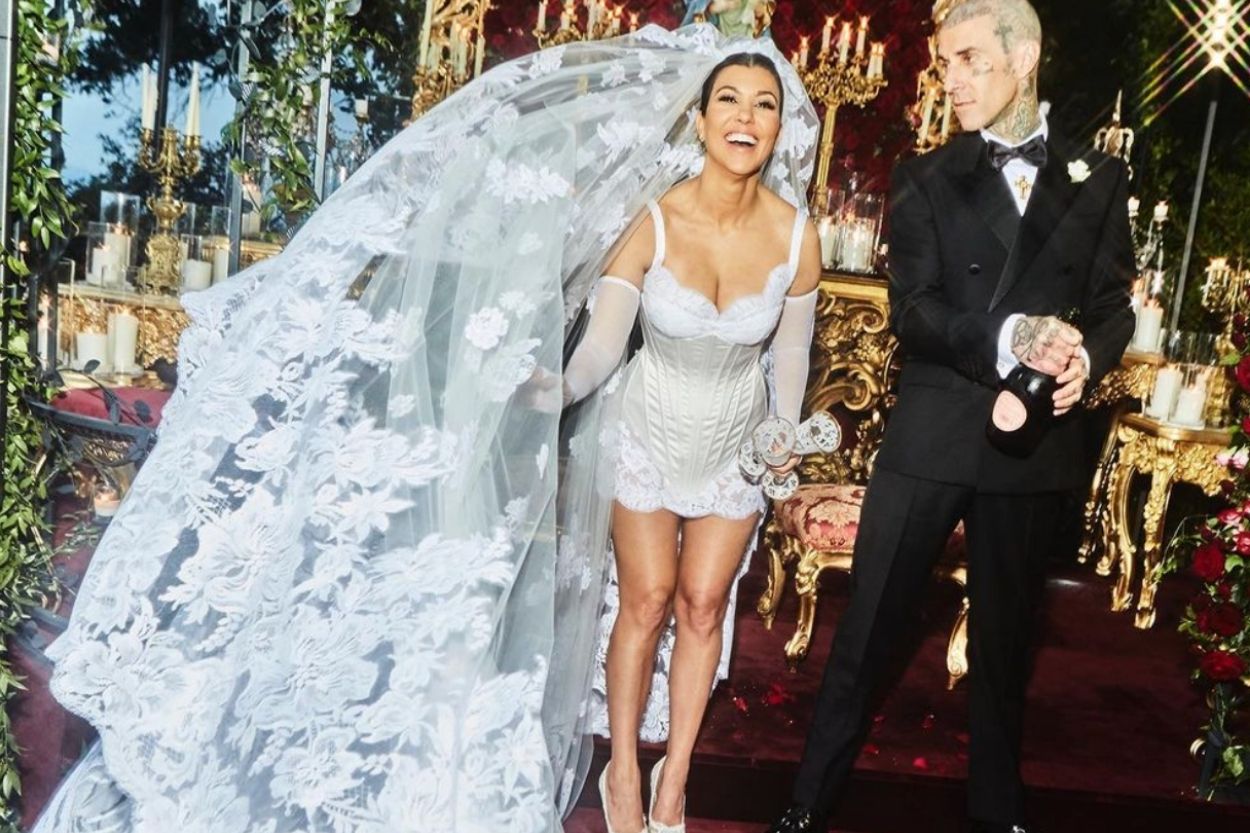 While the wedding brought the two families together, the out-of-touch sponsorship from Italian designers Dolce & Gabbana (D&G) seemed to outshine the momentous day.

D&G has had quite a controversial history. Just four years ago, the luxury brand drew ire for featuring a Chinese model struggling to eat Italian food with chopsticks. 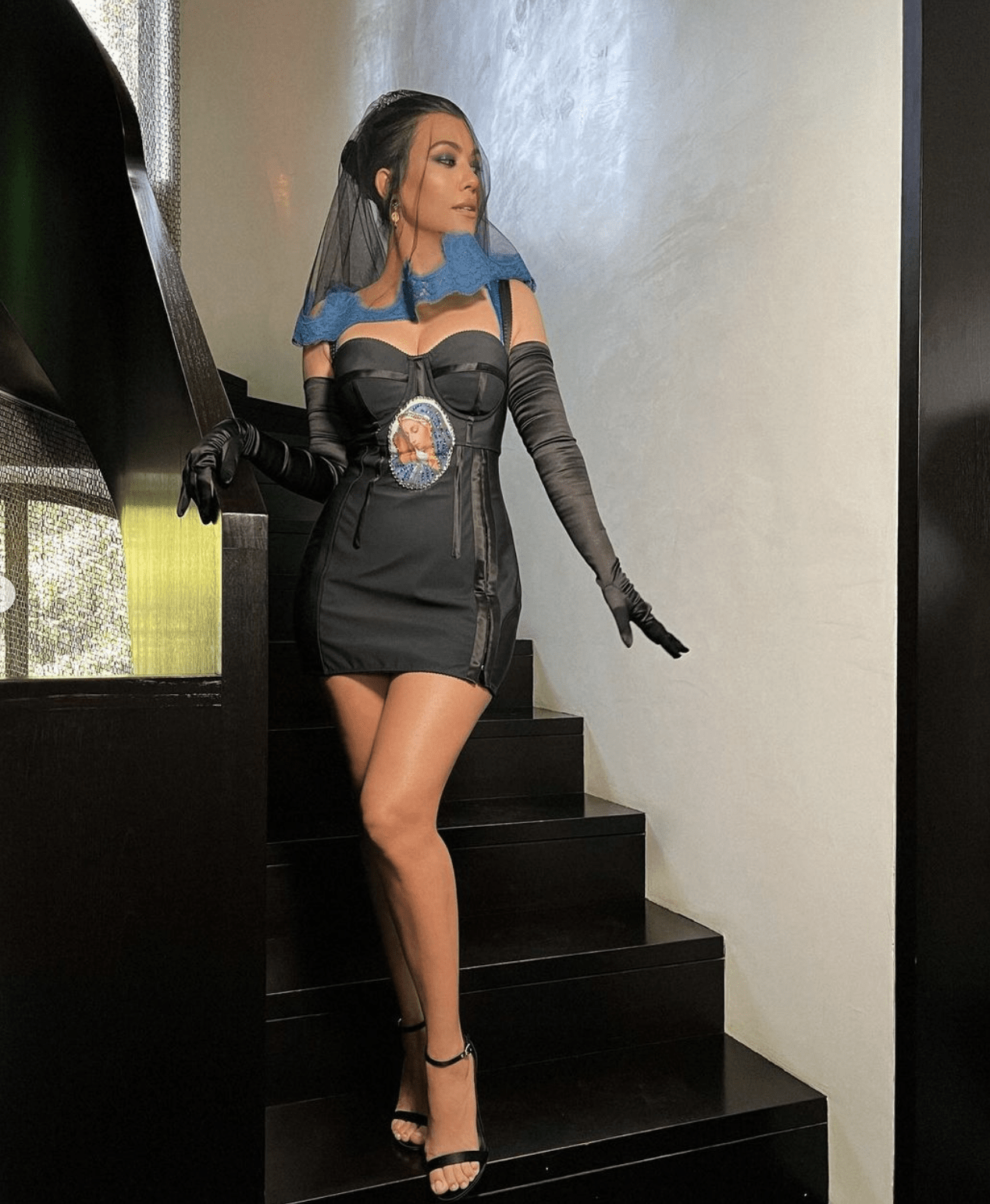 Just around the same time, messages allegedly sent by co-founder Stefano Gabbana were shared by fashion industry watchdog Diet Prada on Instagram, revealing racist remarks about Chinese people. However, Dolce & Gabbana claimed the messages were the result of a hack.

But if that wasn’t enough controversy for Kardashians to opt-out of a sponsored deal with the label, Gabbana was also called out for taking a dig at the Kardashian clan, calling them “the most cheap people in the world.”

But that’s not all.

The Italian luxury label has also been known for its culture appropriating pieces and offensive acts, such as its earrings that were meant to be reminiscent of Blackamoor statues but became more recognizable to non-Italians as Aunt Jemima dolls.

In 2013, Gabbana attended a party in blackface. And in 2015, Dolce & Gabbana revealed that they opposed the idea of gay couples adopting, even though both founders are openly gay. A year later, D&G released a $2,000 shoe called the “Slave Sandal.”

Dolce & Gabbana also responded to the outcry in 2017 over their support of Melania Trump with T-shirts touting “#Boycott Dolce & Gabbana.”

Despite all this, Kardashian and Barker welcomed the label with open arms as the couple allowed D&G to host the entire extravaganza. From the venue at Dolce & Gabbana’s property in Portofino, Italy, to the bride and groom and their famous family members’ sponsored D&G looks for the wedding and the events leading up to it, the Kardashian/Barker wedding was an entirely Dolce & Gabbana sponsored affair.

Barker and Kardashian originally got engaged in October 2021, and in April 2022, the couple had a non-legal ceremony in Las Vegas. Leading up to their big day in Portofino, the couple had a small legal courthouse wedding last weekend. On Sunday, the couple said “I do” for the third time in a star-studded and arguably gaudy ceremony in Italy. 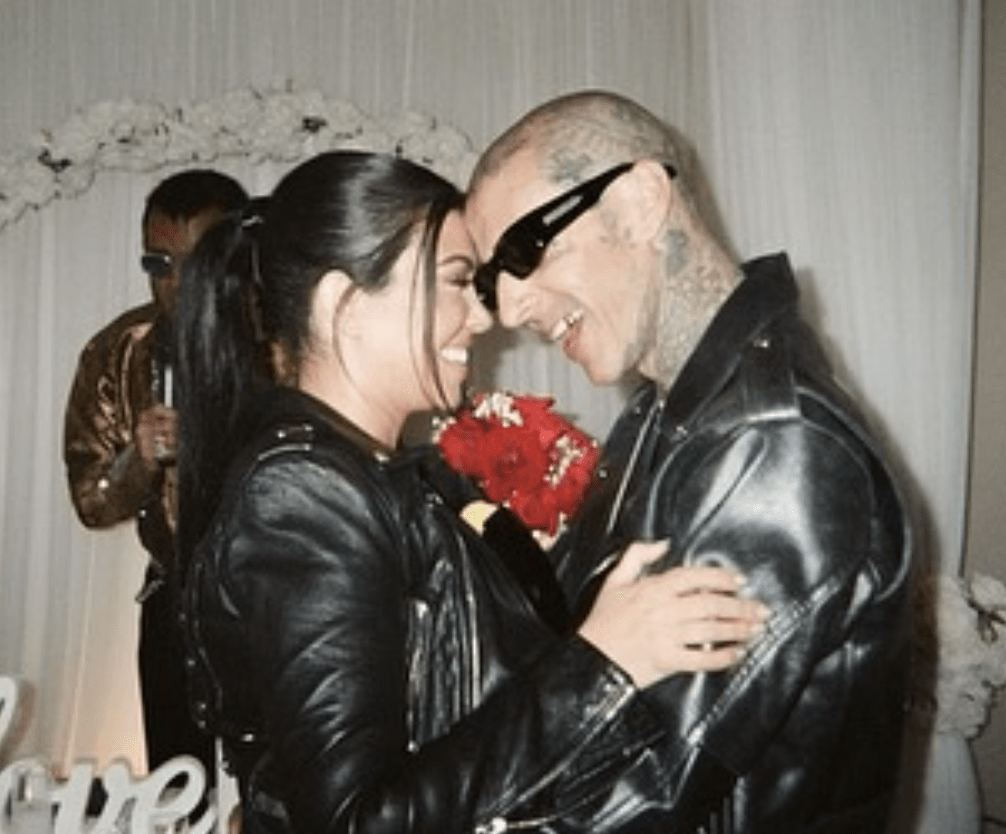 As part of the deal, guests were ferried from their hotels to Portofino harbor in a fleet of four classic wooden Riva speedboats, furnished with Dolce & Gabbana accessories, including animal print cushions and towels.

To capitalize on the public interest in the wedding, Dolce & Gabbana opened a pop-up shop, describing it as a Galleria d’Arte, on the market square piazza beside the harbor in Portofino.

“The opening of the shop is entirely due to the wedding,” said an insider working for Dolce & Gabbana.

The staff member added that the shop would remain open for three months, stocking items from current collections to promote the brand to tourists.

The sponsorship of the Kardashian-Barker wedding marks the latest effort by the brand to revive its business and disassociate itself from its controversial history.

In just the past four years, D&G has made a series of efforts to cleanse its image. Since 2019, it has received coverage in leading fashion magazines, including InStyle, Vogue, and Harper’s Bazaar featuring Kylie Jenner. And in 2020, D&G gowns were seen again on the red carpets of the Grammys and the Oscars, according to Fashionista. More recently, in 2021, several high-profile celebrities, including Nicole Kidman, Sarah Jessica Parker, Jennifer Lopez, and Reese Witherspoon, were seen adoring D&G outfits. 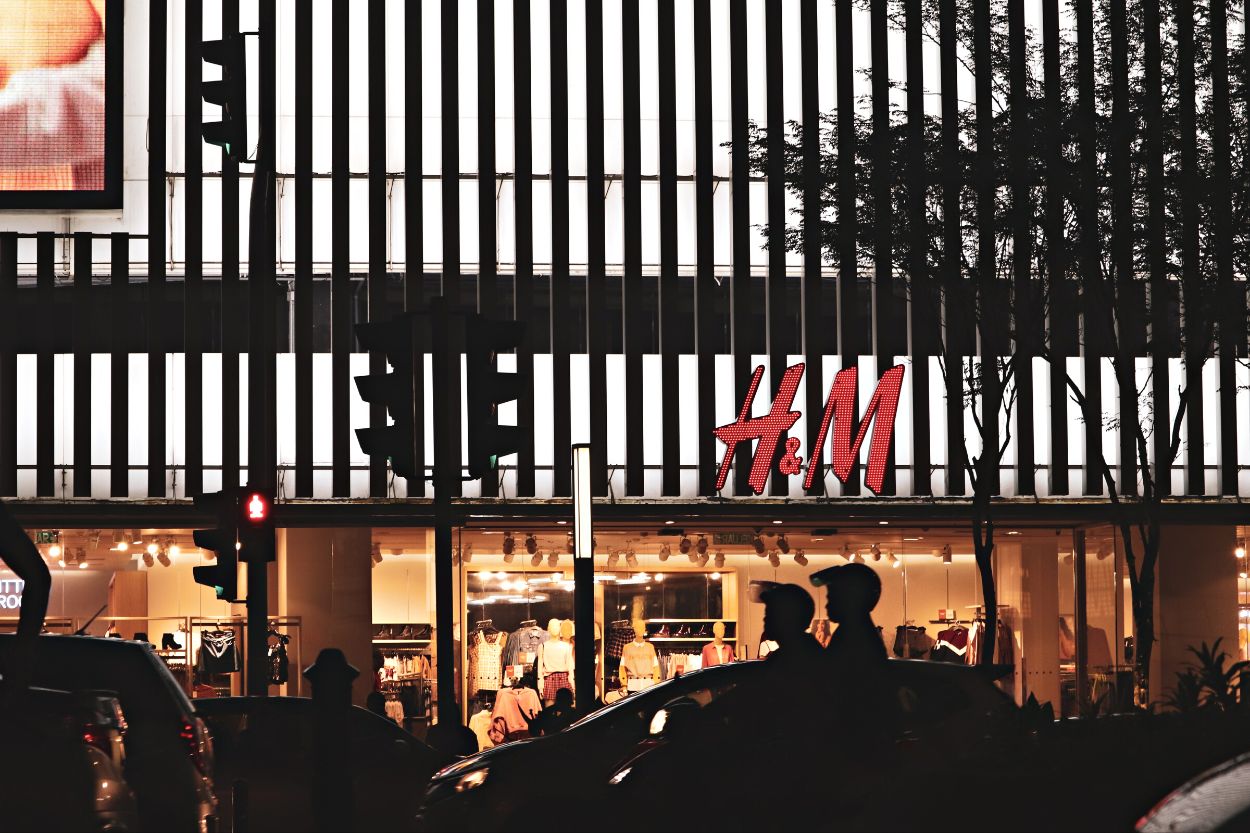 Swedish retail giant H&M plans to cut 1,500 jobs in its bid to cut costs and drive efficiency across its business. The restructuring effort, in addition to the reduction of other administrative and overhead costs, is expected to generate more than $75 million in saving 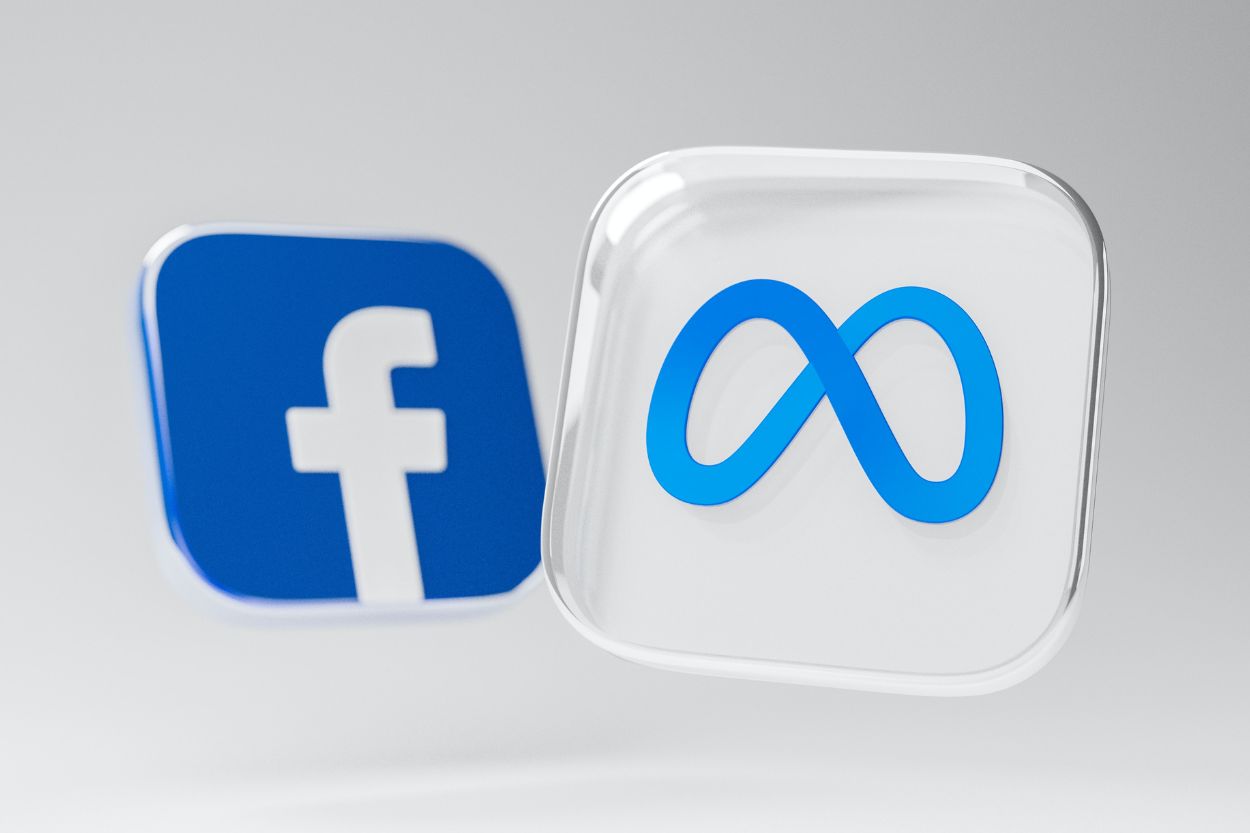